By Erich Kästner, adapted for the stage by Nicki Bloom

How do we find our friends in the world? How do we work together to defeat tricksters?

Never underestimate the determination of a child! Young Emil catches a train to visit family in the big city. Something valuable is stolen. But the thief soon discovers Emil was not such an easy target. A group of quick-thinking and resourceful children rallies around. Can a bunch of kids work together to uncover and outsmart the true criminal?

Adapted for the stage by Nicki Bloom, Kästner’s 1929 novella is more than a ‘good romp’; it broke ground for the independent-children-versus-devious-adults story genre. Streetwise city kids, a hard-working single mother and Emil’s past brush with the law add grit and nuance to this satisfying tale.

In Slingsby’s signature intimate theatrical style, Emil and the Detectives is told by two skilled actors immersed in smoke and mirrors, miniature worlds and a cinematic score. Dark and light, intrigue and delight for audiences.

“…Emil and the Detectives adds to Slingsby’s already substantial record of presenting entertainment for families that actually deal with important issues.” – The Advertiser, Peter Burdon

Listen to the synopsis

Emil and the Detectives – Slingsby – Promo from Slingsby on Vimeo.

Adapting the classic children’s novel that redefined the whole kids-versus-adults genre, acclaimed immersive theatre company Slingsby use the magic of lighting and shadows to create an intriguing and enchanting story about never underestimating the determination of a child.

Emil and the Detectives is supported by ASO - Sounds from the Blue Lake

At the heart of the program are Millicent High School’s Turn of the Lone Wanderer and St Martins Lutheran College’s homage to the Blue Lake, Deep Blue. 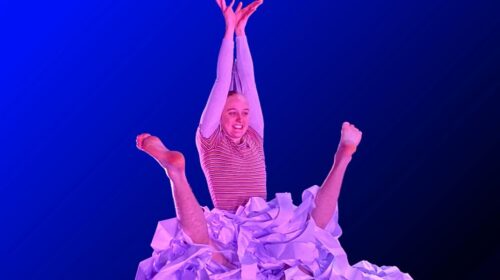